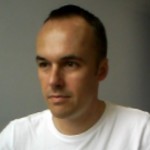 Derek has an MA in Sociology from UCC and currently works as Director of Programmes and Policy at the Inspire Ireland Foundation. He has co-authored a number of peer-reviewed publications and book chapters including Understanding Irish Suicide(s), in Collision Culture, transformations in everyday life in Ireland (Keohane and Kuhling eds., 2004).

Derek previously worked in the public sector with the Health Service Executive and he was project manager and lead author of Ireland’s National Strategy for Action on Suicide Prevention, 2005-2014. During his time with the HSE, Derek also project managed Ireland’s first State-funded public mental health awareness campaign – Your Mental Health. Derek gained a wealth of experience at the highest level in the public sector before resigning in 2009 to join Inspire Ireland and oversee the roll-out of their flagship programme ReachOut.com – an online service to help young people get through tough times.
Derek lectures on the Console Diploma in Suicide Prevention Studies (the ‘Sociology of Suicide Prevention) and does some regular guest lecturing in UCC on suicide prevention and mental health promotion.
Research title:
The intrinsically contestable nature of mental health underlines its complexity while the impact of mental health policy and practice is profound, yielding the power to both lovingly nurture and destroy individual lives. Using a governmentality framework to explore the “conduct of conduct” in the area of mental health, my research aims to explore the concept of mental health literacy and propose an alternative, more broad-based model of the concept that challenges what I argue is a biomedical psychiatric hegemony in mental health policy and practice.
Watch Derek talking about integrating what he is learning through the DSocSc with work practices, and the importance of time management and peer support (1 min 48 sec):

The next DSocSc Symposium will be on 12th February 2021.